Transport Paradise is a consultancy offering advice on how to adapt cities to make them wonderful places to live and work.

Making space for walking, cycling and public transport is difficult in our congested cities. So we need a careful series of changes, giving roadspace effectively to walking, bikes and buses, and gradually reducing the space given to cars.

Transport Paradise is based in Oxford, the city with the most highly-developed bike and bus system in the UK. We know how that was done: it can be done in your city as well. 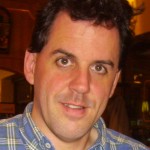 Richard Mann is the Director of Transport Paradise. He has lived in Oxford for twenty years, and is an expert on its transport system, and how it has developed. He identified the way that Oxford’s cycle network was developing as a dual system, and has spoken about this at numerous international conferences – and taken the opportunity to compare Oxford’s approach with the different systems developed in the Netherlands, Denmark, Germany and other countries.

Forced off his bicycle by the advent of children, he suddenly learned the importance of public transport for non-cyclists, and developed the ideas behind Transport Paradise – the way cities need to promote all the alternatives to the car if they are to become wonderful places to live and work. It’s the effectiveness of bikes and buses in combination that has allowed Oxford to have the lowest level of car use in the UK.

He previously worked for many years on the railway, developing horrendously complicated computer models of punctuality, and haggling with lawyers over how punctuality should be incentivised. When he left the railway, performance was at an all-time high, so he might have done some good.