You can get a long way towards making a city a wonderful place to live and work, by limiting the level of traffic. If you limit traffic around the city centre, you don’t need much cycle infrastructure.

The guidebook wasn’t encouraging – “travellers are scarce enough to attract a few stares”, but it turns out that Piacenza (forty minutes south of Milan) was a revelation: it has a huge everyday cycling culture. It’s hard to tell, but I’d say a higher level of cycling than Oxford. It was much the same in Parma (twice the size and half an hour further south), but with the added bonus of trolleybuses. 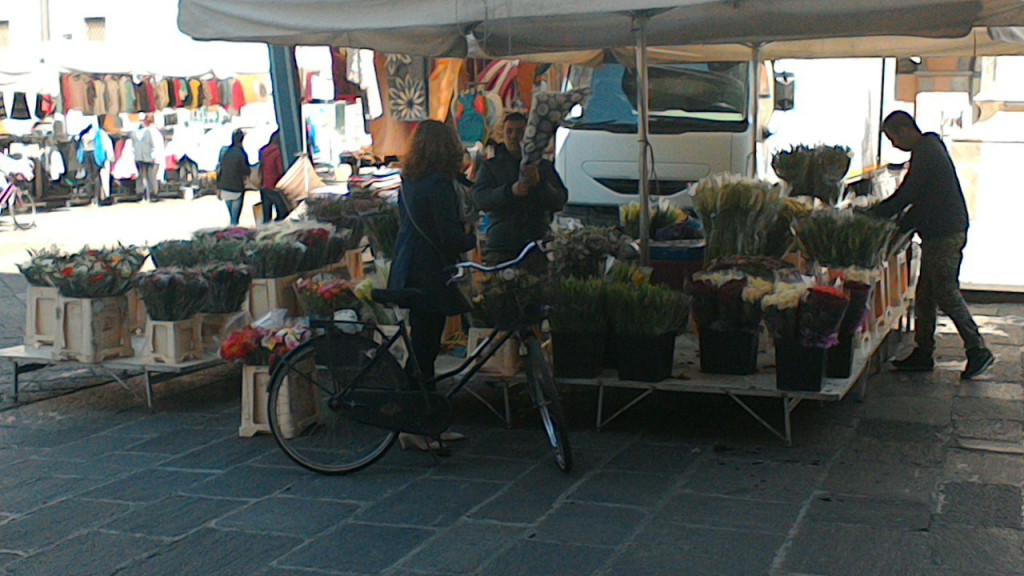 Clearly, from the age of the bikes, and the cyclists, this cycling culture has been there for a while: but how have they stopped traffic from taking over? In the centre there are a few pedestrian-only streets, where cyclists are probably officially banned, not that that seems to stop them. Around that is one of the newfangled traffic-limited zones (ZTL), with access confined to residents and deliveries between 0800 and 1900. 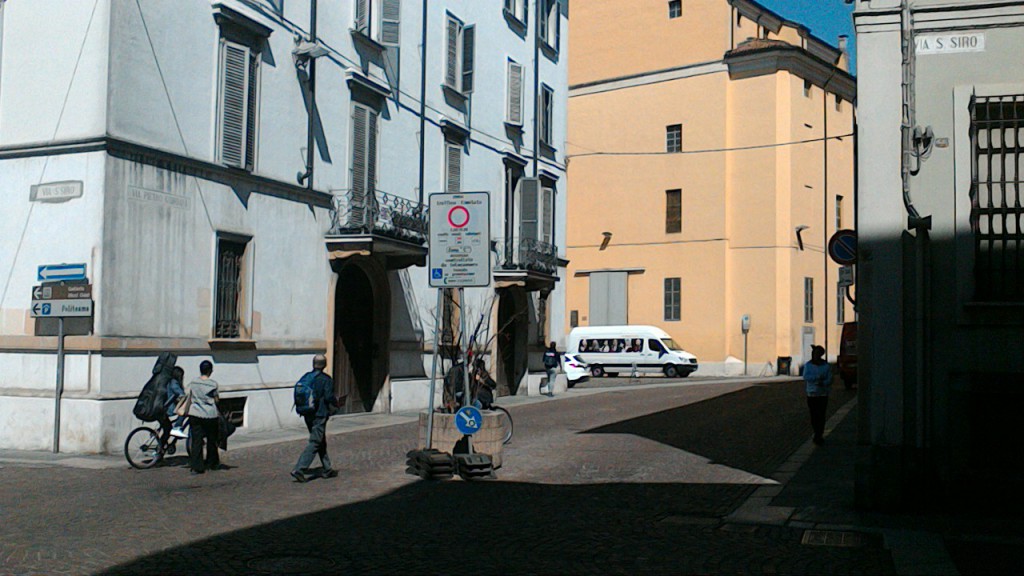 Outside the ZTL, there were no formal restrictions, but traffic was only moderate (I’d estimate somewhere between 5000 and 10000 motor vehicles per day), and speeds were reasonable (30-40 km/h). There were some shared-use pavements, but most cycling was on the road (even the old ladies). Junctions were often mid-sized roundabouts (25-30m diameter, with an island) – these have apparently been installed over the last few years, in place of traffic lights, but cyclists seemed to be muddling through them without too much difficulty. Further out, the roads were wider, traffic faster, and cycling was less common. 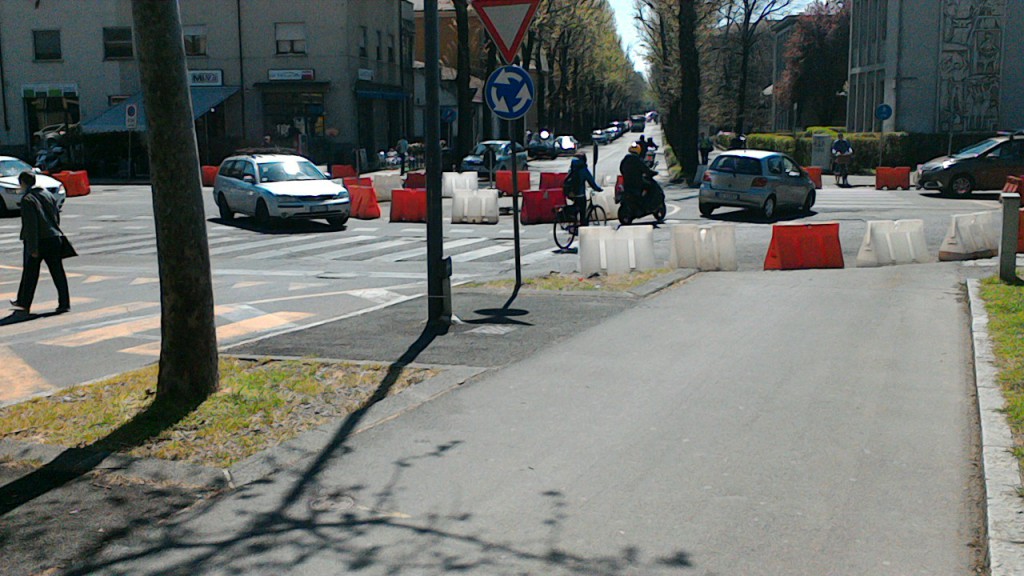 One major difference with British cities is that residential density is much higher, with apartments being the norm, buildings close to the street, and almost no gardens. This goes a fair way to explaining why car use has not become dominant – a lot of trips will be very short. The availability of good alternatives to driving will have made it easier to impose restrictions in the centre. The enclosed feel to the streets will also have kept car speeds reasonable, even without formal speed limits.

So what lessons are there for Britain? This approach is more natural for denser cities, with the urban form and street form doing much of the work for you. But the structure of progressive tightening of restrictions and traffic speed towards the centre could be reproduced in Britain. Perhaps the two key measures are the restriction on commuter and visitor parking in the area around the centre, and the low speed and urban feel of the inner ring road. This is quite different to the dual-carriageway ring road, high-speed roundabouts, and multi-storey car parks that are the norm in Britain.

For Oxford the key lesson is the value in restricting commuter parking. This would limit traffic so that junctions like The Plain and Frideswide Square could be more cycle and pedestrian-friendly. Visitor parking has long been restricted by price, though there is still too much of it, too close in (especially Broad Street). But we have struggled to limit commuter parking. There are thousands of parking places on private land, with the University and Colleges being the main culprits. We probably can’t create Italian-style limited traffic zones, but we could use the threat of a punitive Workplace Parking Levy – say £1000/year – to get employers to reduce parking spaces. There are comprehensive public transport services into the city centre; hardly anyone really needs to drive.

Despite the difference in residential density, I think there’s a lot to be learned from places like Piacenza. They show how it is possible to restrict the car and provide for the alternatives without having to comprehensively rebuild every street. They show how things can evolve and improve. I’m always willing to go back and investigate some more… 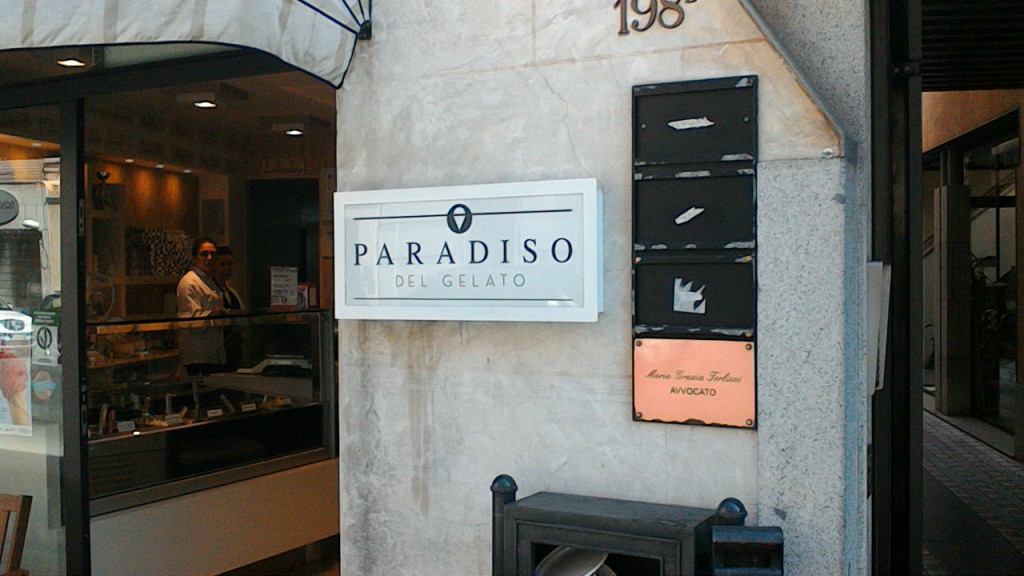